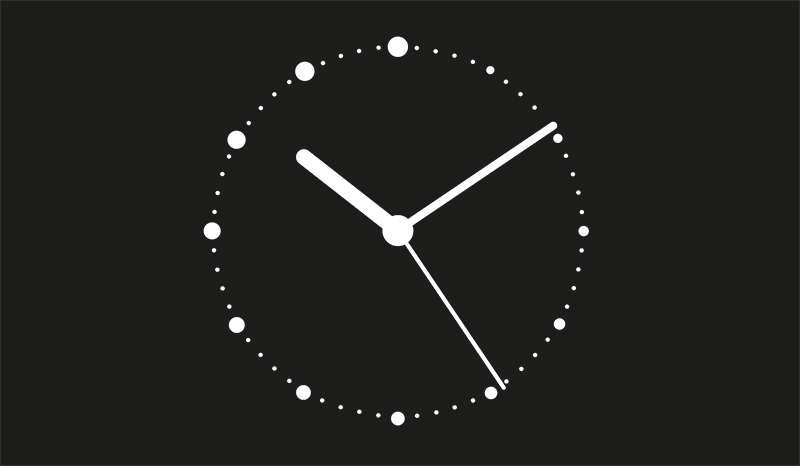 Physically, almost all watches look like they did decades ago. Styling watches are only modified visually. Experiments with mechanical gadgets are now the way of differentiation. When it comes to dials, they are graphically overloaded – to the user’s confusion. The reading of the time seems secondary. Conceptually, the STOWA Rana is a watch in accordance with Bauhaus: technically intelligent, culturally inspiring and simple.
Hartmut Esslinger’s design of the floating disc focused on the time function. Other elements, such as clean designed bracelets etc. are supportive, but not dominant. The lateral incisions are both symbolic (flow) and functional. The crown, for example, is better integrated into the circle.
Inspiration flowing time: classic dials are worn out visually. Since an analog dial is to be read both quantitatively (position of the hand) and qualitatively (numbers or markings), the Rana dial combines both perceptions: the Dynadot dial of the Rana shows both the time as hand position, as well as the hours with graphically growing markings 1 to 12. 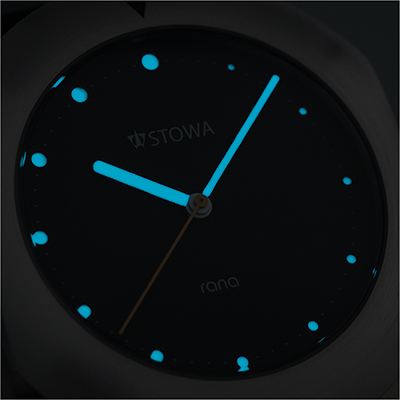 “The symbolism of innovative products is usually very historical: my first iPad proposal for Steve Jobs, from 1982, was inspired by a slate block, my Trinitron design for Akio Morita and Norio Ogha (Sony) was a picture frame and already planned switching to flat screens in 1978.” 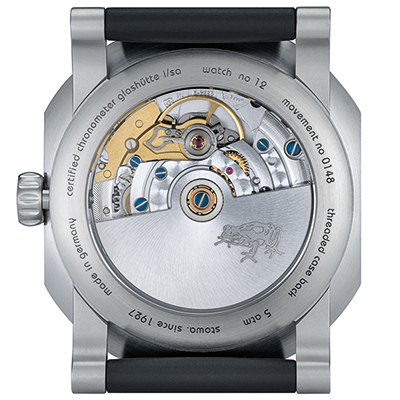 And about the name:

“For this, the clock should meet the highest demands as STOWA’s flagship due to the elaborate craftsmanship and chronometer test in Glashütte. When we were finally satisfied after nearly two years - see moment of happiness - the watch was worthy to be called Rana (lat. frog/frog design).” 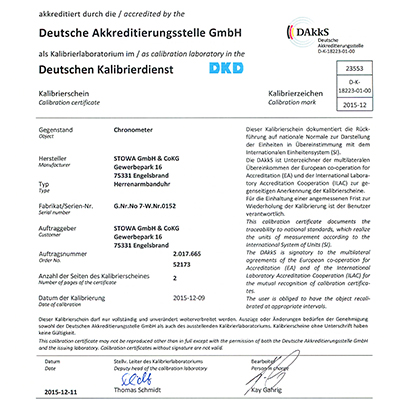 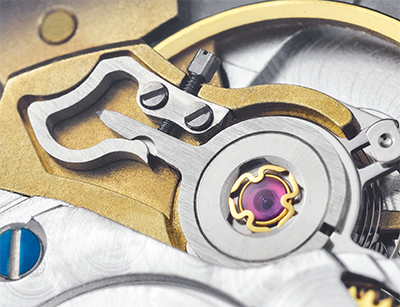 Each Rana watch is chronometer tested by the German Calibration Service in Glashütte. A passed chronometer test confirms the high quality of the built-in movement. The strict criteria of DIN 8319 require a fifteen-day control. In the five positions crown left, crown up, crown down, dial up and dial down, the average daily range must be between -4 and +6 seconds, while the average daily deviation must not exceed two seconds and the largest deviation five seconds. The fine regulation of the company Mühle/Glashütte is very useful for regulating the movements. The so-called woodpecker neck regulation. This regulation is an improved implementation of the swan neck regulation.

The Rana is the most elaborate model in our collection. We use, for example, the metal sintering for the middle part of the casing. No other method would have allowed us to implement the architecture of the casing so uncompromisingly. After that, we sand and matt it entirely by hand. The patented woodpecker neck regulation of the factory Mühle helps us to do a chronometer test on every watch in Glashütte. The sandwich dial, with the innovative Dynadots luminous dots, is made using advanced laser technology. The Rana shows what skilled craftsmen and modern technology can do. The high complexity in production allows us to make only very few watches per year.

Creation of the Rana in the STOWA manufacture. 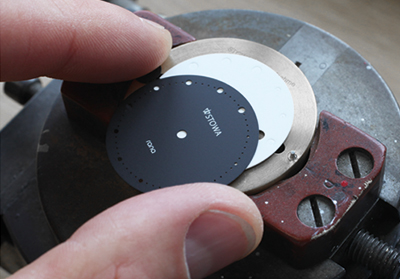 The lasered and painted deck dials are printed at the end of the process and then combined with the basic dials from sterling silver 925/000. 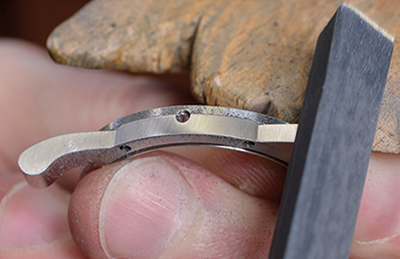 STOWA’s goldsmiths care about the high-quality surfaces of the Rana casing with their technical skills. The requirement: perfect cuts and matting. 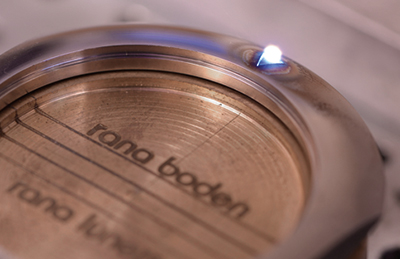 Several parts of Rana are high-quality laser engraved at STOWA. The bottom, for example, receives his individual, consecutive numbering, the bezel its characteristic triangle.

“The creative collaboration with Jörg Schauer is a good example of the Black Forest mentality that ‘to make the best’ also means that you look hard, bring almost everything into question, are never fully satisfied and handle moments of happiness - when a design becomes reality, for example – with adequacy.
Jörg Schauer and I came together over his watches and, funnily, my books. Since I collect mechanical watches since my youth, we quickly found a good dialogue. First we talked about the DNA of STOWA and how we can create something new, more forward, from history. Then we decided to develop a watch, which is still missing in my collection: looking forward rather than the retro trap, innovative form suitable for modern clothing of both sexes and a connection to the roots of STOWA and the German Bauhaus style.
Now some will ask: how can you design for such extremes?
STOWA, a small fine manufacture and then global high-tech companies such as Sony or Apple. Here, a few hundred watches per year and there, millions of smart phones. In principle, in both cases it is about the people: as a designer you have to make dreams come true, namely those that the people could dream if they dared - and should be encouraged - to really demand them. Design is not an art but requires responsible integration of science and technology, business and ecology and especially of human culture.”
Hartmut Esslinger, March 2015 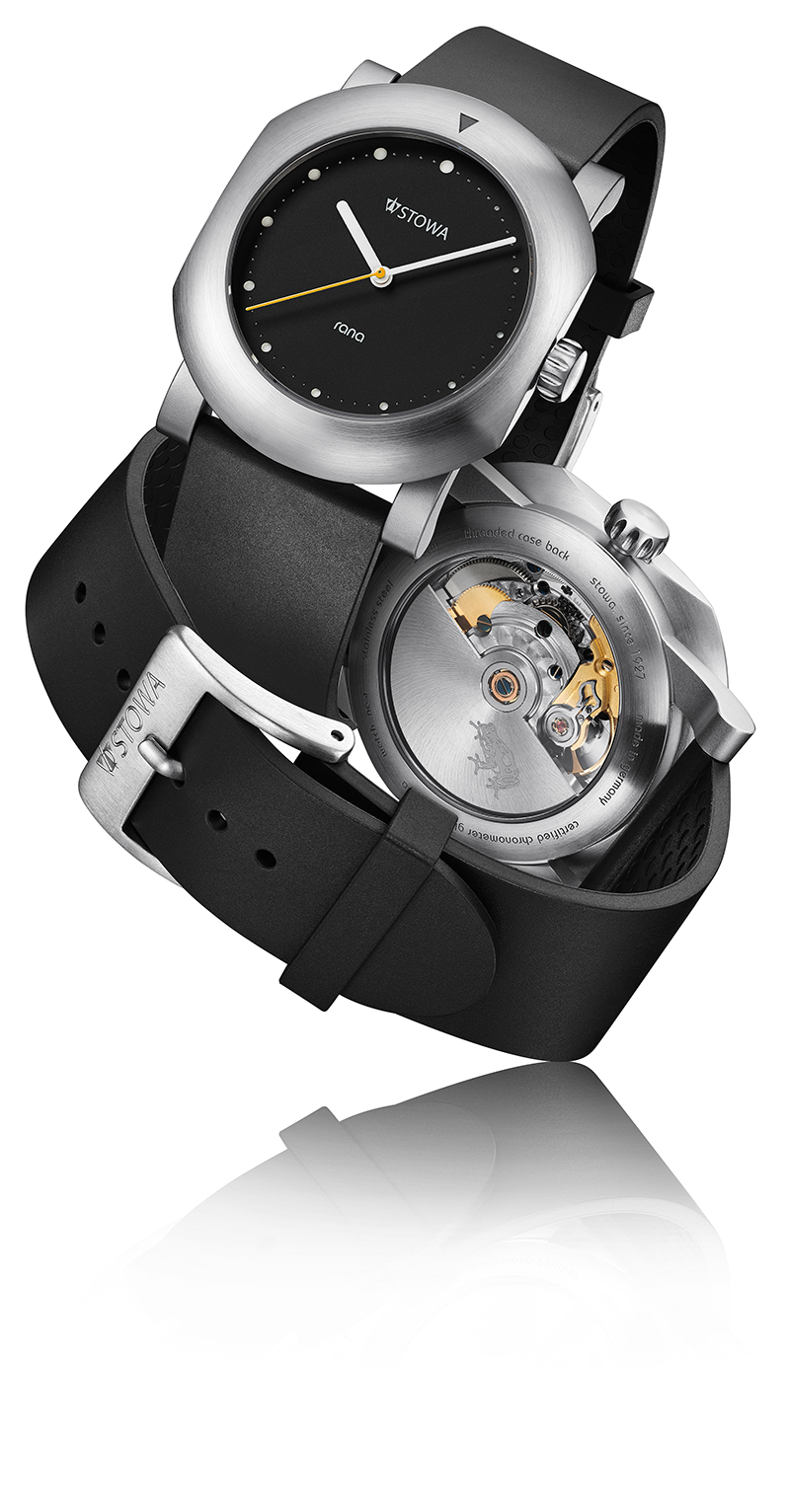