No orientation on the oceans without B-Watch (Marine watch).

B-Watches, also called deck watches or captains watches, could be traced back to the Royal Navy.For determining the exact position of their many ships belonging to their worldwide fleet, they needed instruments most precise in time tracking. It was famous British watch maker John Harrison who constructed the first sea chronometers back at the beginning of the 18th century. He built large clocks which were able to compensate swell on deck by special appliances. By 1753, Harrison made his first pocket watch, which worked quite precisely. 1790, Ferdinand Berthoud constructed a special sea pocket watch, that was attached to a rack for compensating swell. How- ever, during the following decades, not only the Navy but also upcoming natural sciences required most precise instruments for time tracking. Only watches with an official certificate were entitled to be called observation watch. For obvious reasons: after leaving the harbor, the watches should be able to tell the time most precisely for as long as possible. The only way to ensure the correct determination of one’s own location was by using a sextant and a watch displaying exact Greenwich Mean Time – calculating the difference between the actual time and Greenwich Mean Time enabled to define one’s longitude.

Beginning of the production

In 1939, one year after getting its own company building, STOWA starts production of Marine observation watches. One feature of the classical observation watch is its very good readability.   Thereto, the dial was often completely covered in luminescent paint. To protect the watches, STOWA used custom-built wooden boxes (regularly waterproof and shock-resistant). Only 288 items were made of the original STOWA observation watch. Inspired by these early pocket watches, Jörg Schauer decided to produce new wrist watches, following the historical designs. By now, they are available in various sizes and with different features.

Movement of the historical watch 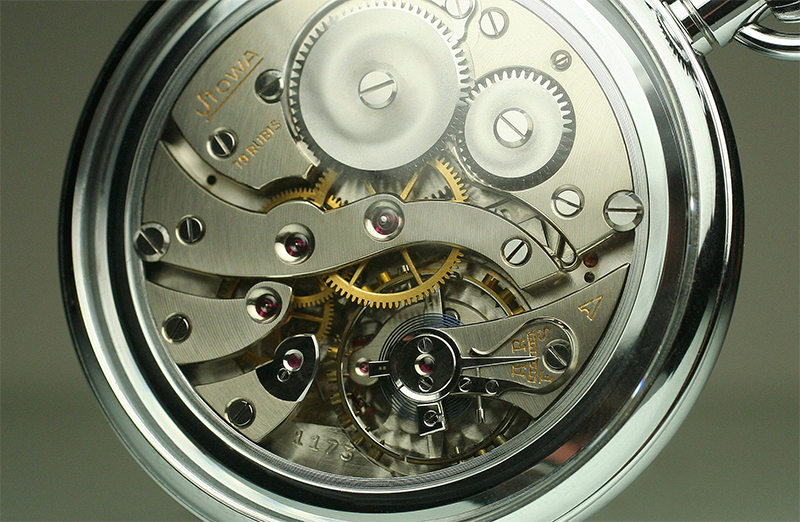 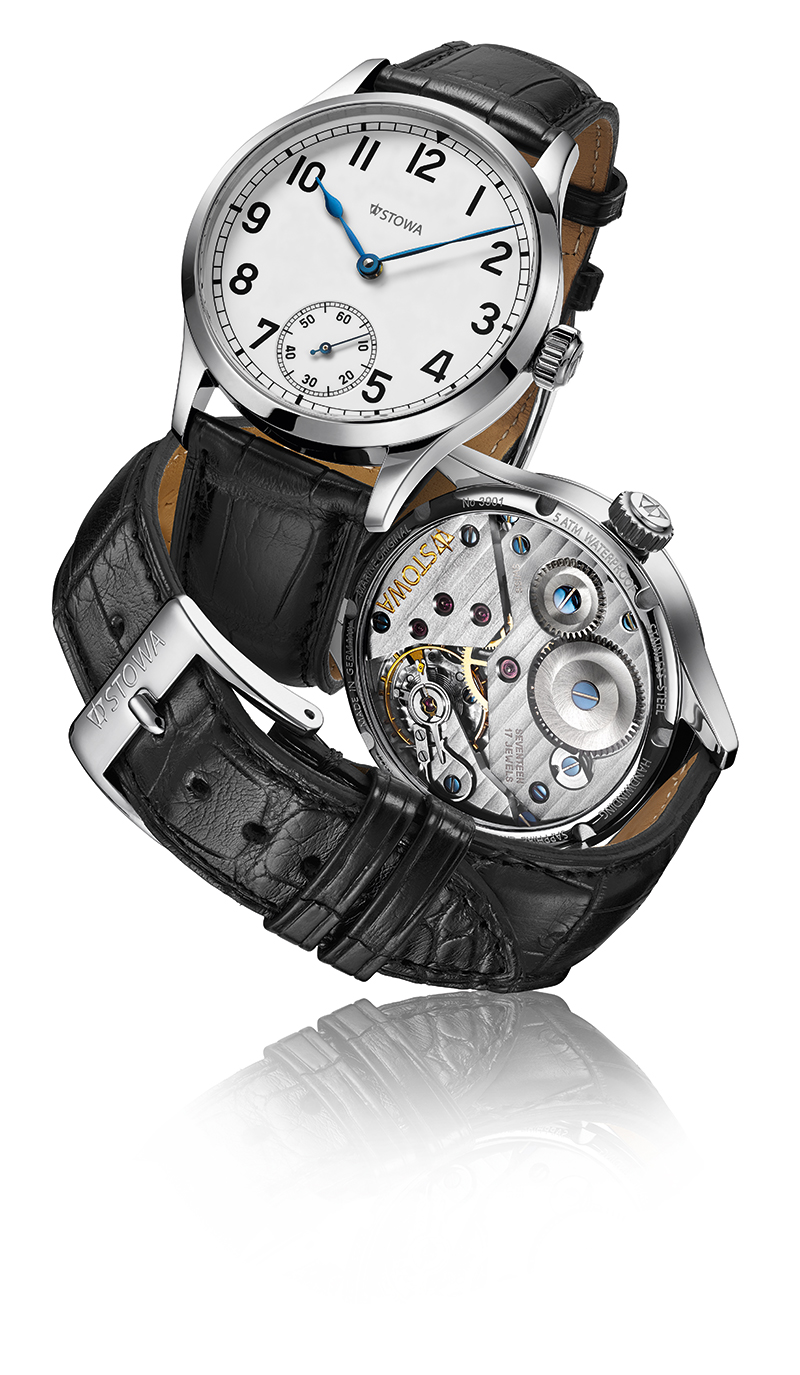 Former and actual Marine models. Since 2002. 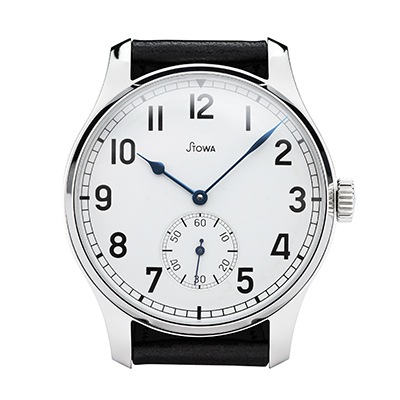 
STOWA’s first limited Marine watch featured Unitas 6425 manual wind with subsidiary second. The movement included Geneva stripes and blued screws. The watch was limited to 100 items (200 had been scheduled, unfortunately another 100 movements which have been ordered could not be delivered from our supplier). 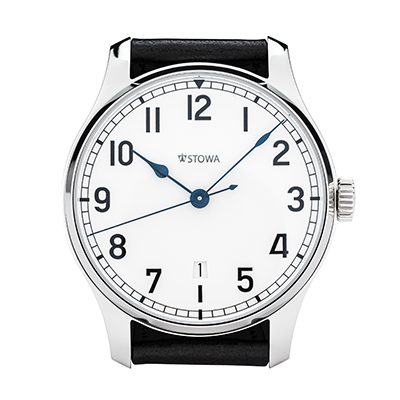 
After the limited manual wind watch, STOWA launched Marine Automatic with ETA 2824-2 movement in 2005. Since then, this version is produced almost unchanged. Due to its date display and excellent readability, Marine Automatic is a very popular watch for every day. Also available with solid 925/000 silver dial. 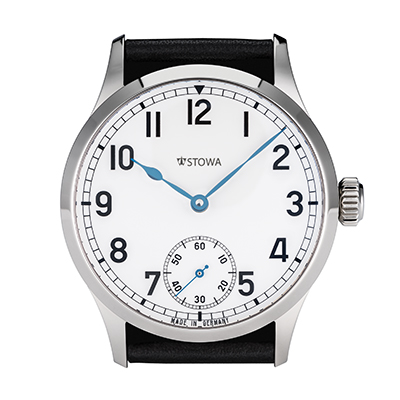 
The observation watch’s typical display option is a subsidiary second at 6 o’clock position. 2006, STOWA presents Marine Original with its legendary pocket watch movement Unitas 6498. With its swan’s neck fine adjustment, the movement is completely visible due to its sapphire glass bottom. 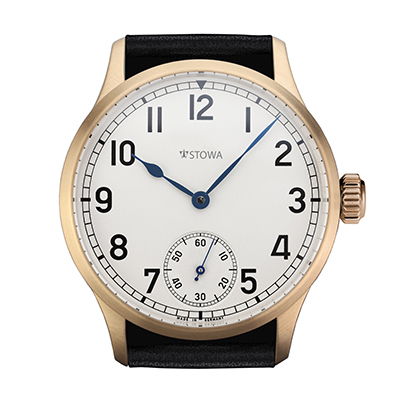 
The infrastructure of Pforzheim had a strong influence on STOWA’s tradition of manufacturing gold watches. A lot of watch-case-manufacturers were located at the so-called Gold City (Goldstadt) Pforzheim. For some years now, STOWA’s Marine Original is also available as a rosegold and white-gold (750/000) edition.

Dial made from precious metal. 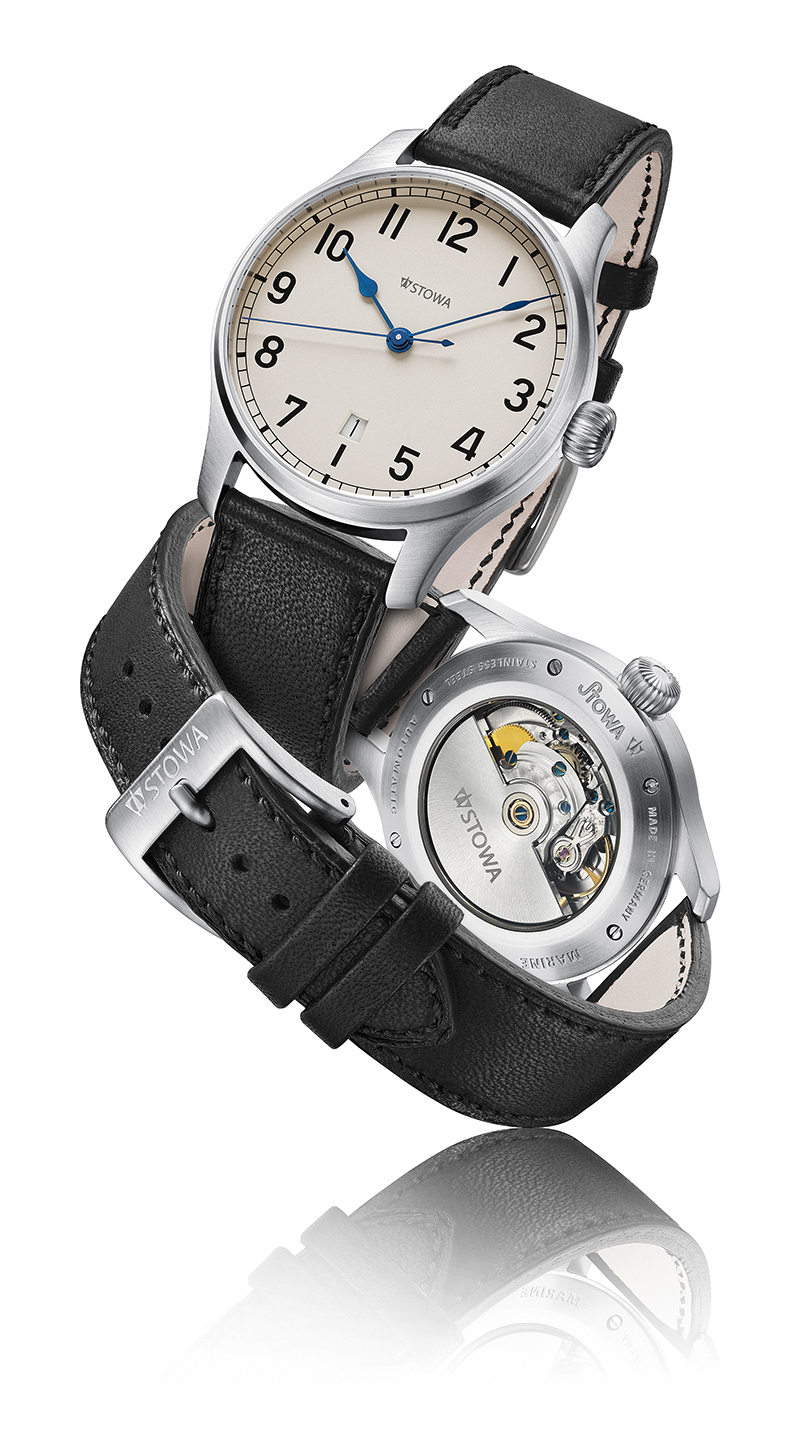 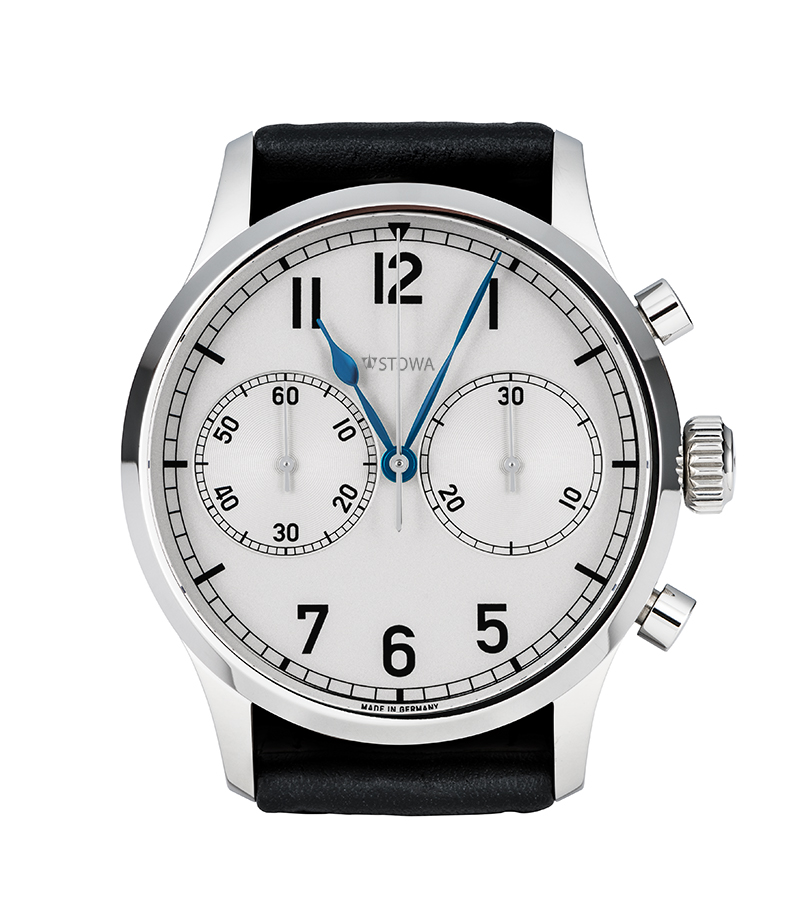 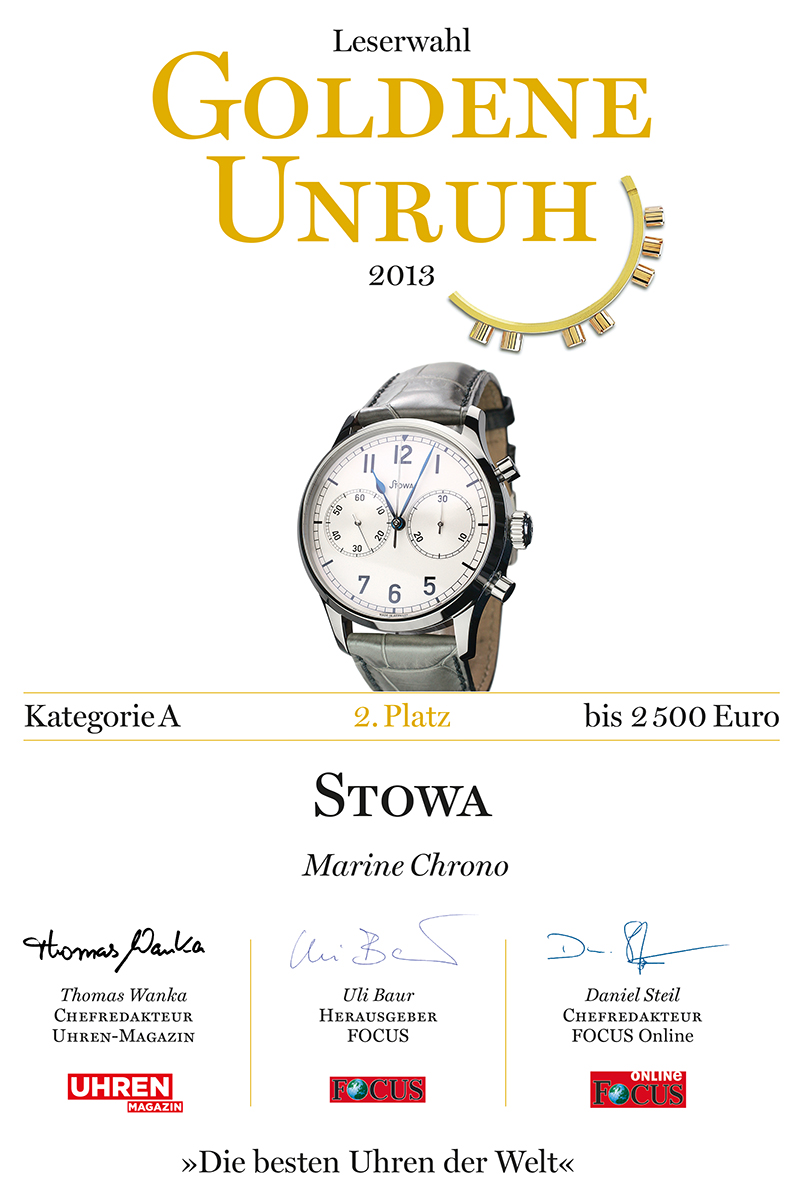 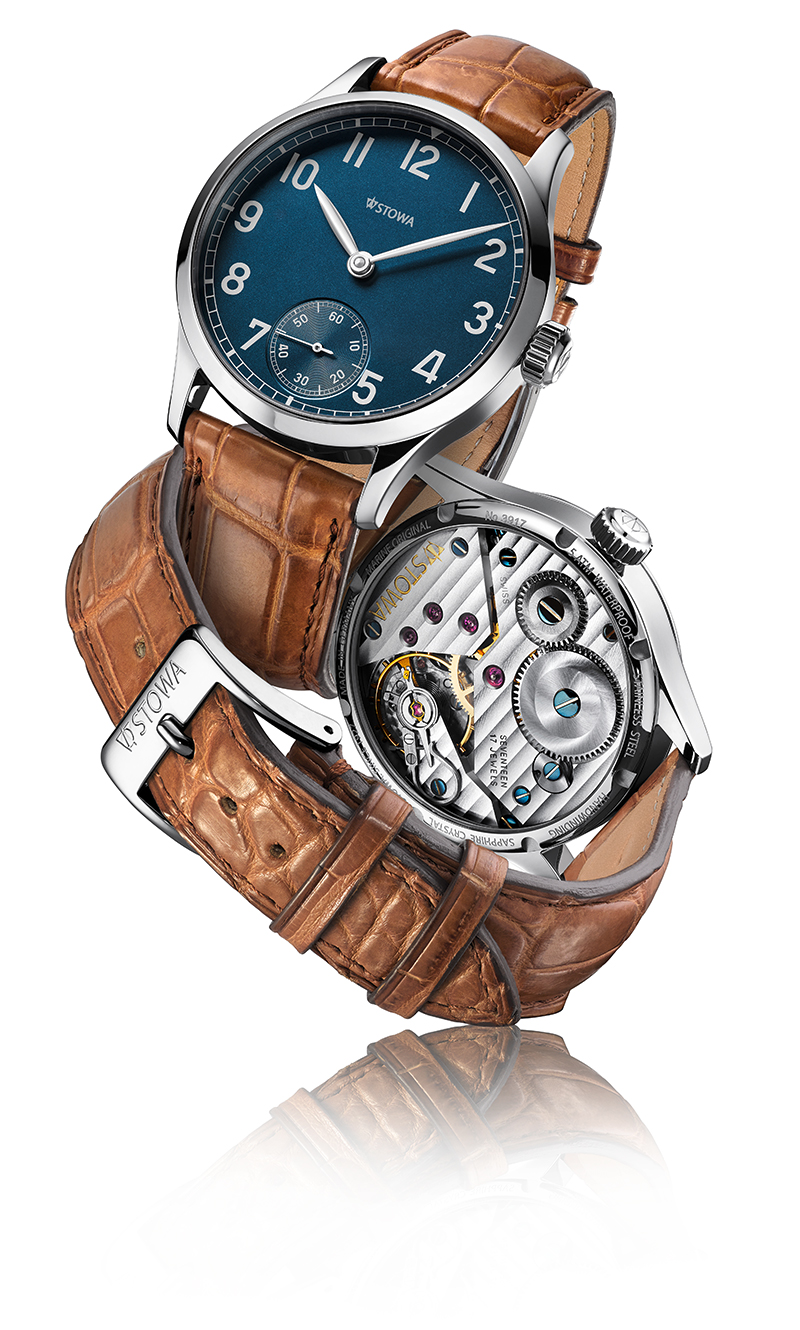